You may recognize her as a reality star, but she was once a “bad girl, then a wife, and now a divorcee. Meet Tanisha Thomas.

With the constant fighting between Tanisha and then husband Clive on Tanisha Gets Married, their marriage seemed doomed from the start. Separating shortly after their wedding, the two later found renewed hope and gave their love a second chance.

The couple recently attended Marriage Boot Camp: Reality Stars with the hopes of mending their issues. The two continued to fight about unresolved issues, leaving no other choice than to divorce at the end of the season.

Now, newly single Tanisha is celebrating her divorce on David Tutera’s CELEBrations this Friday at 9|8c. As Tanisha looks to celebrate her liberation from Clive, David would rather focus on Tanisha’s tumultuous journey. Needless to say, these two strong willed divas battle it out until the bitter end!

WE take a stroll down memory lane to revisit Tanisha’s journey down the aisle and into divorce court. 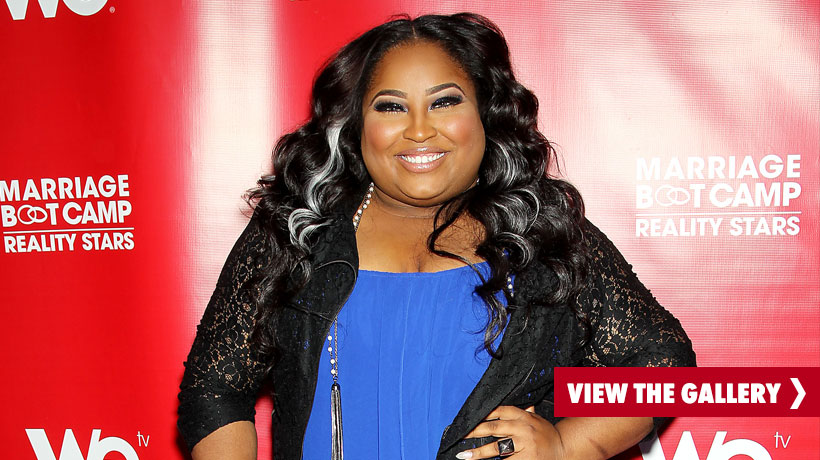