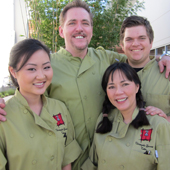 Christopher Garren’s Cakes is located in Costa Mesa, California.  Chris, Marjie and the rest of the staff are the only returning bakery to the Amazing Wedding Cakes line up.

Christopher started his baking career at the tender age of nine when he attempted to make a cake for his mother and realized, after 2 hours of baking, that he had forgotten to add the flour.  Since then his culinary skills have improved somewhat.

Chris has had a variety of jobs in the food business, working in a number of restaurants as well as catering firms.

In 1999 while catering a wedding, Chris was persuaded, against his better judgment to create a cake for the event.  Chris created that single cake order in the back of a donut store.  Things rapidly improved so that he could move into his first shop and cake salon.

In 1997 Marjie reluctantly took a cake decorating class with her sister.  This single event ignited her passion for cake and cake decoration.  She became a pastry instructor.  A few years later while teaching a class a new student, none other than Chris, entered.  Both Marjie and Chris recognized their mutual affinity for fondant and sculpted cakes.  When Chris decided to open Christopher Garren’s he knew who his manager and head decorator would be, Marjie.

Today Christopher Garren’s is one of the foremost cake design studios in the country.  The Garren’s crew creates original works of art that you can eat.  Each cake is reproduced by hand with only the finest ingredients available.  The same craftsmanship that is applied to a spectacular one of a kind hand crafted wedding cake will also grace a simple birthday or anniversary cake.

Christopher Garren’s Cakes is in a new location.  The shop has twice as much space than the old location.  The front of the house now offers seating at which people can enjoy morning confections.  A special consultation room showcases some of Chris’ incredible cakes.

Chris and Marjie have a huge fan base because of the popularity of their cakes and the show.  This has prompted them to offer classes in fondant work, chocolate molding and butter cream 101 to name a few.

This is Christopher Garren’s third season on Amazing Wedding Cakes. 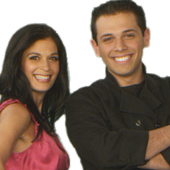 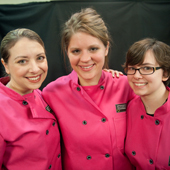 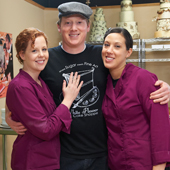 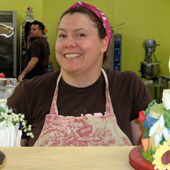 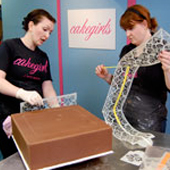 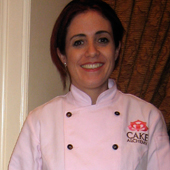