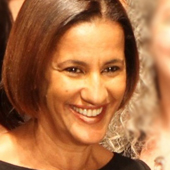 Amsale Aberra is the Co-Founder, Co-CEO and Creative Director of the AMSALE Design Group which houses the AMSALE, CHRISTOS and KENNETH POOL collections of wedding and evening wear sold nationwide at the finest boutiques and luxury retailers such as Bergdorf Goodman, Saks Fifth Avenue and Neiman Marcus, as well as many prestigious retailers internationally.

Amsale Aberra’s career as a couture bridal and eveningwear designer happened by necessity.  While planning her 1985 nuptials, Amsale (known professionally by her first name) scoured the stores to find a simple, refined wedding dress.  She found little in the way of clean, sophisticated gowns, and discovered an untapped niche in the bridal market – elegant and understated dresses.

"Everything was so overdone and with too much ornamentation," says Amsale, who was sure that her taste in gowns was shared by many other brides-to-be. Amsale placed an advertisement in a bridal magazine for custom-made gowns for other brides-to-be who shared her taste in sophisticated, understated designs.  And so, with a few responses, a sketchpad full of designs, and a small team of couture sewers, Amsale started her business out of her New York City loft apartment.

Since then, her business has flourished and the name AMSALE (pronounced Ahm-sah’-leh) has become synonymous with the “forever modern” wedding dress.  Her namesake collections are designed for brides who desire a fashionable, sophisticated and timeless look.

Amsale’s love of fashion began as a young girl growing up in Ethiopia, but her dreams were constrained:  “In Ethiopia there were no fashion designers.  I never knew that designing beautiful clothes was a profession to which one could aspire.”

Amsale convinced her parents to allow her to leave Ethiopia in order to study commercial art in New England.  While in school a revolution broke out in her native country, which left Amsale suddenly cut off and without financial assistance from home.  Yet she supported herself through multiple odd jobs and completed her undergraduate education at University of Massachusetts – Boston.   With limited financial resources, Amsale admits, “I would design and sew my own clothes because I couldn’t afford to buy new things.  That’s when I first thought of becoming a fashion designer.”

Amsale’s design philosophy has redefined the perception of the timeless wedding gown. Her innovative twists to time honored hallmarks of the traditional wedding gown — reintroducing “illusion design,” modern updates of the traditional bustle, and tasteful color accents including the now-famous “blue sash” gown – have become so popular among prospective brides that they have been recognized as modern classics.

Opening the AMSALE Madison Avenue boutique in September 2001, fulfilled Amsale’s desire to present her designs in a setting that reflected her “forever modern” vision.

Wanting to expand her business, in 2003, AMSALE founded the KENNETH POOL label that has become renowned for its embodiment of fantasy and drama with its grand ball gowns, luxurious fabrics and exquisite beadwork, each gown celebrating and catering to the bride who commands the spotlight.

In 2005 AMSALE acquired the venerated CHRISTOS company, and has succeeded in upholding its legacy of tradition, distinct from the modern aesthetic that defines the AMSALE collection, while infusing femininity, romance and a touch of modernity.

Amsale’s accomplishments have been widely recognized by the media.  She has been recently profiled in Time Magazine, The Wall Street Journal, and Women’s Wear Daily. Amsale was also selected by AOL as an online columnist for its stylelist.com fashion website.  Her gowns have been featured in fashion magazines such as Town & Country Weddings, Brides, Wedding Style, Elegant Bride, Modern Bride, InStyle Weddings, The Knot, Entertainment Weekly, as well as a number of international publications. Ms. Aberra has also made recent appearances on major television shows, including The Oprah Winfrey Show, Entertainment Tonight, and Forbes 20 Most Expensive Weddings, among others.  Frequently worn by celebrities, the Company’s products are often selected for inclusion in major motion pictures and television shows.  For two consecutive years Kenneth Pool gowns were featured to great acclaim in the season finales of Grey’s Anatomy, this year as the wedding dress worn by actress Katherine Heigl, and an Amsale gown was featured in the first season finale of Grey’s Anatomy.  Gowns from all three labels are regularly featured in major studio film releases, including 27 Dresses and The Hangover. 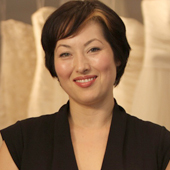 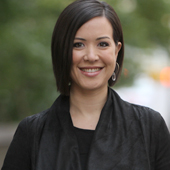 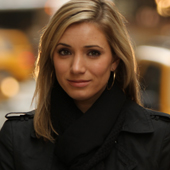 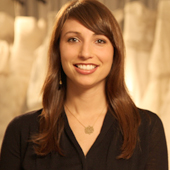 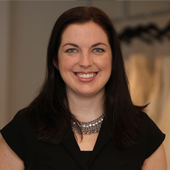 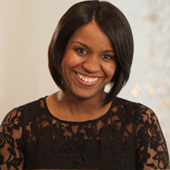